Being answerable or accountable for something within one's power.

Jonah and The Great Fish

This is a Bible story about a man named Jonah who is called by the voice of God. God tells Jonah to go to the city of Nineveh, where the people are wicked, and to teach them to give up their evil ways.

Fearing this responsibility, Jonah tries to flee from God by boarding a ship that is going to a far off land. Soon a storm arises, and the ship is in danger of sinking. The sailors believe this is the result of someone on board who has brought bad luck with him. When they draw lots to see who has brought this bad luck, it is Jonah who holds the black stick. Jonah admits to the sailors that he has done wrong. He tells them that he has run away from the Lord’s command and His presence. He then tells the sailors to throw him into the sea. When they do, the Lord sends a great fish to swallow up Jonah.

After three days and nights in the belly of the fish, Jonah pleads with the Lord to save him and promises that he will never disobey Him again. The Lord commands the great fish to open its mouth and let Jonah out. The story closes with Jonah going to Nineveh and helping the people give up their evil ways, just as th{e Lord commanded. 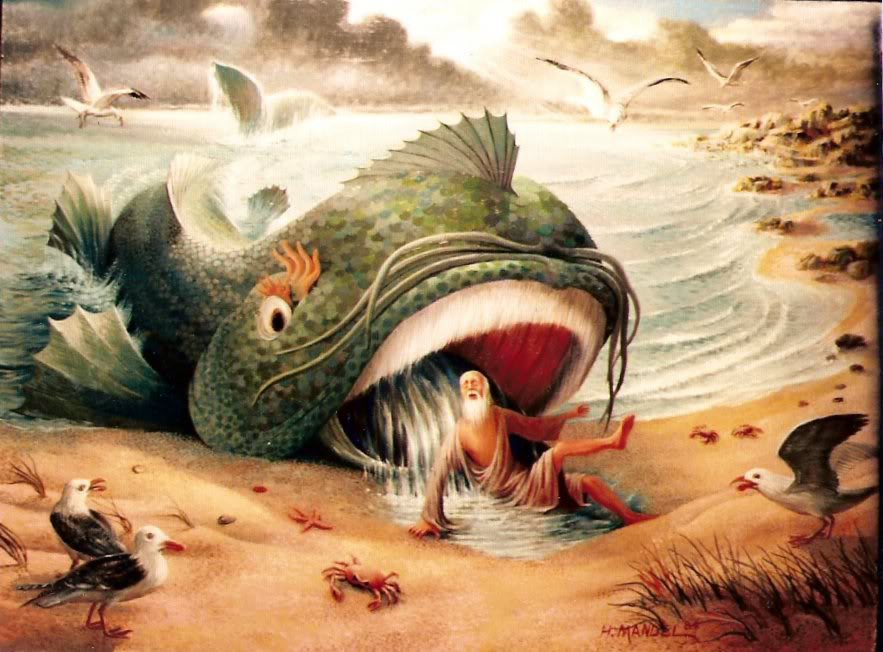